When She Found Him 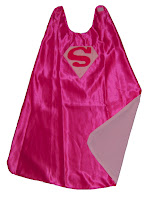 While she thinks her mother isn’t looking, she leaps happily from sofa to sofa, her Super Woman cape, a towel tied around her neck, flying in the air behind her. From the very beginning Marie Orozco says that her daughter Lorraine always loved to sing. One time, at two years of age Lorraine got lost in a department store. Marie found her little two-year-old by listening to her little voice singing the theme song to The Brady Bunch under some clothing rack. By three years old, Lorraine was a very happy and energetic little girl. Clearly her parent’s, Santiago and Marie Orozco adored her. She was her daddy’s little princess and her mamma’s whole world.
.
Everything changed in the Orozco household one Christmas Eve. It started out as a joyous occasion. Lorraine’s aunt, one of her mom’s sisters was getting married. Lorraine was one of the flower girls. Lorraine says she doesn’t remember much of the actual wedding itself. Just that her and her cousin were wearing matching red dresses and she distinctly remembers that even back then she was not fond of the color red and would have preferred to be wearing pink or purple. When it was actually time for her and her cousin to go down the aisle, instead of slowly, gracefully walking down the aisle like they were supposed to, they ran. 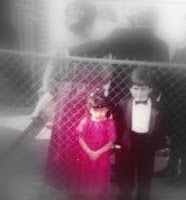 After the wedding everyone went to her grandparent’s house for a time of celebration. Lorraine was running around playing with her cousins, screaming and laughing, just carrying on like little 3-year-olds do. As they were playing, Lorraine’s 15-year-old uncle was backing up her grandfather’s pick up truck, loaded with wedding gifts, to the back porch. Little Lorraine decided that she wanted to ride with her uncle in the truck so she just ran behind the truck and grabbed on. However, her uncle never saw her run out and grab a hold to the truck.
.
Lorraine tried to grab on to the tailgate that was open on the truck. Instead she felt herself being pulled under the truck as it began to back up. Her body began to be crushed under the back tire of the truck. Her face stuck into the ground as dirt and rocks smashed into her eyes, tearing at her flesh. As she lay there, crushed beneath the back tire, she remembers seeing her dad and another uncle tearing out of the house. Lorraine will never forget the look of horror on their faces. They began screaming, waving their arms and yelling frantically for her uncle to back up so they could get her out.
.
When Marie got word of what had happened, she thought for sure her daughter was dead. She says that when she saw her little girl lying there, she felt an extremely sharp pain in her heart that she has never before or since experienced. She ran over to Lorraine even more horrified by what she saw. Her baby was lying there on the ground, her eyes shut, and her head tilted to one side as blood trickled out of her mouth. As she looked at her precious little baby, all Mommy could do was scream from deep inside the depths of her soul. For a moment everything seemed to freeze. Time stood still. The next thing Marie remembers is frantically running to the house calling 911.
.
Lorraine’s 15-year-old uncle had absolutely no idea that he had just run over his niece. As soon as he stopped the truck they scooped her up. Daddy carried his broken little princess to the car and she was immediately rushed to the nearest hospital.
.
That Christmas Eve night, while everyone else was singing Joy to the World, while children everywhere were waiting with great anticipation to open presents in the morning, a little 3-year-old girl lay in her hospital bed in pain, scared and confused. Everyone kept touching her and she could hear whispers, “She can’t move or feel her lower body.” Everyone wanted to pinch her legs to see if she really couldn’t feel them.
.
As the days passed, the doctors and nurses tried everything they could do to fix her, but it was no use, the lower half of her body had lost all its feeling. Two weeks later she was sent home to face the world in a little silver wheelchair. Never again would she leap from sofa to sofa, never again would she run freely with all her cousins and friends, forever labeled as a cripple, forever known as the girl in the wheelchair. Lorraine Marie Orozco was paralyzed.
However, somewhere in the middle of all the hurt and confusion, Lorraine found solace in what the accident had not taken, her ability to sing. “It was my way of escape, and I thank God for it because no one could take that away from me.” So through it all, little Lorraine continued to sing.
.
Santiago and Marie were absolutely devastated. They were determined that some way, some how, their little girl was going to walk again. In their desperation they began to try all different things on their daughter to try and make her whole. They took her to every doctor, healer, therapist and specialist known to man. They did everything from creams and pills to shock therapy and even a witch doctor. The Orozcos were desperate, so very desperate to see their little girl walk again. But no matter how hard they tried, nothing ever worked. This only devastated them more. They were determined and desperate to make Lorraine walk again.
.
However, it was also this very same desperation that drove the Orozcos to the best thing that could happen to them, faith in God. It was at this time in their lives that they began to notice a spiritual desperation inside their hearts. They began to do a Bible study and were astonished by the things that God began to reveal to them. In November of 1984, Santiago and Marie Orozco surrendered their lives to God as they were baptized in Jesus name and soon afterward filled with the Holy Ghost.
.
Their little girl’s accident had caused them to find Jesus and because they had found Him, they had also found the one could make their daughter would walk again. In their desperation, Santiago and Marie discovered a sure way for their daughter to walk again. By surrendering their lives to God and raising Lorraine in the truth, they made it possible for her, to without a doubt know, that one day, even if it is on the other side, she will walk again.
.