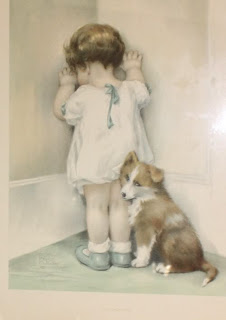 "Ok I'm it!" Says the seeker, "Everyone go hide!" You scurry around frantically searching for the best hiding spot as the seeker begins to count. "1,2,3,4,5,6,7,8,9,10... Oh where should you go? Under the table? In the bathtub? Behind the cupboard? " 16, 17, 18,19, 20, Ready or NOT here I come!" Oh no, times up, the seeker is coming and you still haven't found your hiding spot! Where should you go? Quick you cover yourself up in mom's clean laundry and hope that the seeker won't notice that the pile is moving rythmatically with your breathing. Ah the good old days as a child, I have such fond memories! Do you remember playing hide and seek as a kid?! I LOOOOOOVED playing that game...ACTUALLY I still do!!!  One thing that I realize now looking back, is that there were always TWO kinds of hiders.

Oh but NO, he doesn't do that, he may be feeling frustrated, BUUUUT he refuses to give up, because he is DETERMINED...because he is a soujourner on a journey, he has a goal, a destination, a made up mind, he won't be swayed by false hiders, HE MUST FIND HER!!! So instead he looks through the WHOLE ENTIRE BIBLE again. He studies to show himself approved before God. He examines his heart daily to see if there is anything that would stand in the way between him and God.
.
Man begins to get closer to finding her. He can't see her, but he can hear her breathing, he knows she is right there, so he prays for God open his eyes and  let him see her, to reveal his will to him. He searches a little deeper in God by adding fasting to his prayer, and as he seeks God for her in fasting, his carnal flesh begins to die and humbly in a spirit of brokeness, he cries out to The Lord in desperation and begs God to help him find his wife. And as man prays, and seeks, God approves of his ways. And the more man prays, and the more he cries and the more he breaks before God, THE CLOSER MAN gets to God, and THE CLOSER man gets to God, THE CLOSER man gets to finding her, BECAUSE she is HIDDEN in GOD! Then ONE DAY man gets SOOOO CLOSE TO GOD it happens, he SEES HER...HIS WIFE!!!
.
He can't believe it, she is right there, RIGHT IN FRONT OF HIM and she is lovely, her countanence is BEAUTIFUL, she is womanly, feminine, everything he could have ever hoped for.  He knows he must DECLARE it, he must claim his treasure.

"Thats it, he says, "I FOUND YOU! Your everything I've been looking for, I WON! YOUR MINE!!! And woman, she just smiles sweetly and says, "You FINALLY found me! I've been RIGHT here, WAITING patiently for YOU this whole entire time!" And MAN, he just smiles endearingly at her and says, "well, your ONE GOOD hider Woman, and you found yourself ONE good hiding spot!"  "Honestly, says Woman, "it wasn't always easy. "Sometimes I wondered if you would EVER see me, "there were times I so badly wanted to come out of hiding," she says, "but I knew, that God would keep me if I just trusted in him, I knew that I must stay!" Man says, "I'm so proud of you for hiding so well, I am very pleased that you waited for me. She smiles at man adoringly and says, "I knew that the RIGHT seeker would be determined and the RIGHT seeker would search my hiding place till he found me, and the RIGHT seeker would obtain favor from my hider allowing him to see me when he chose to allow it."
.
Then Man, he says, "but you know, it feels so good right here, right where I found you," then he takes her hand in his and says, "I say we construct a memorial here so that we never forget where we found each other. Then I say we just stay right here where I found you, and build a life here, TOGETHER in Christ." So Man and Woman, they become husband and wife! They made and alter to God in their home, and they lived, JOYFULLY ever after, serving Christ together till their dying day. 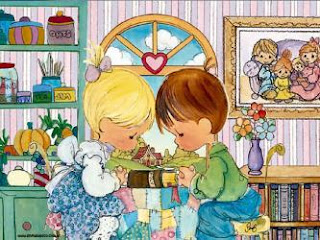 ANNNND that my friends IS the kind of HIDE AND SEEK game that I am talking about!!! Can you think of anything sweeter? Anything BETTER??? ANYTHING more ROMANTIC??? That's the kind of love story I want to have!!!! I may have been  the EASIEST person to find in hide and seek as a child, but as a woman of God, I want to be a good hider! Ladies, we've got to hide our hearts in God! Think about the safety and protection we have by doing so! What kind of a man would search God for the heart of a woman?! It wouldn't be just any kind of man.

I was talking to my friends dad a couple of weeks ago at her church, and I kinda look up to him, since I don't have a dad in church and I was talking to him about guys and he was telling me some stuff and then he says, "You know, REALLY GOOD GIRLS, get REALLY GOOD guys!!!" I was like, weeeellll...I AM, a REALLY GOOD GIRL!!! He says, "I KNOW! Thats WHY you need to WAIT! You need to be PATIENT!!!" I'm like OH YEAH...okaaaaaaaaaay ...everythings kind of CLICKIN for ME!!! I NEED TO WAIT...I NEED TO BE PATIENT!!! The Bible says, "WHO can find a virtuous woman?..."  It takes a GOOD man, a RIGHTOUS man to find a virtiuous woman. I don't want just ANYONE! I need to be PATIENT and stay hidden during the search!!! We've got to learn to TRUST IN GOD!!! "For ye have need of patience, that, after ye have done the will of God, ye might receive the promise." (Hebrews 10:36 )`

I think sometimes us females try to take things into our own hands. We do our own seeking instead of hiding. We try playing foolish and immature games that toy with the hearts of seekers. We try to draw attention to ourselves that will lure in seekers. We're practically screaming, "Pick ME! I'm right here! LOOK at me!!!" We get sooooo anxious, we get sooooo DESPERATE!!! We find ourselves jumping up and down waving our arms trying to get the seekers attention! We don't need to be like that!!! We NEED to hide ourselves in JESUS!!! We NEED to entrust our hearts in the safety of Christ our protector!

When I was in my mid-teens, my pastor at the time, now Bishop of our church, told us girls that we basically had the easy part in the relationship process. He told us that basically all we needed to do was to just WAIT. NONE of us girls liked hearing that at the moment, and although its taken me about 15 years to comprehend and get revelation of his words, i'm FINALLY understanding what he was trying to teach us. Just trust in God for the SEEKER to FIND YOU!!! When your hiding, you start clearing out the numbers on your phone, your email list, you start shutting things out of your life that allow the seekers to have effortless accesibility to conversing with you. You refrain yourself from getting too close to the opposite gender. If they want to talk to you, text you, email you, write you, they'll have get approval, seek permission from someone that is over you.
.
Don't take as long as ME, for the light bulb to turn on, discover RIGHT NOW, to entrust yourself to God. Just hide your heart in Christ, then rest there in His safety. Perhaps your thinking about how your going to lesson your chances with finding a mate even more. May I tell you something I discovered, I realized that ALL those things that I was holding on to, that I THOUGHT would increase my chances at finding a mate, weren't working in my benefit anyways. God made the heaven and the earth from out of NOTHING, he doesn't NEED a social-networking sight or ANY of mans inventions to give you a spouse.The things that we think are helping us can in actuality be hindrances in our lives, we just got to let go, and LET GOD!!! What can we do while we're waiting? We can cover ourselves a little bit more in prayer! We can let God pull us in a little bit closer, blanketing our hearts in His care, swaddling us in a love that will never disappoint us.

Ladies you don't want you don't want a lazy seeker. You want someone with some tenacity and determination. Wait for the one that gets close enough to God that he can see your hidden heart! There are some hiders, that are so easy to be found. Its not saying that they're BAD, but they never learned hide their hearts the way they should have. They didn't delve themself fully and completely into the things of God, they're still trying to do things on their own.
.
God wants you to have so much MORE than a marriage that just, "Works out!" God wants you to have a work together serving him. What better way to find your life companion than in God. If you find each other, IN CHRIST, you'll live your lives right there together in Him. We've got to tell ourselves that NOT just any old seeker is gonna find us! The man that FINDS us is gonna have to work hard at finding us...Our hearts are HIDDEN, we're NOT going to come out of our hiding spot, if he wants us he'll have to keep getting closer to God! Tell yourself that, Man can't just have ME...IF he wants ME... HE IS GOING TO HAVE TO GO THROUGH CHRIST to get ME!!!
.
Who's READY to play??? Hiders REMEMBER to stay hidden! No matter how  uncomfortable or awkward you may feel, don't come out!!!  God's not gonna let any old seeker find your heart IF its hidden in him...soooo Be patient and WAIT!!! The right seeker won't give up, he'll know your worth the search!  I earnestly believe that finding the will of God for our lives is such an important thing! Marriage can NOT be taken lightly! Aside from choosing to live for God, MARRIAGE is the most important decision we'll ever make!!! Get ready HIDERS, its time to PRAY, fast, read your Bibles and PRAY SOME MORE!!! 1,2, 3, 4, 5, 6, 7,8, 9, 10...LETS PLAY HIDE AND SEEK!!!
.
"Trust in the LORD with all your heart; and lean not unto your own understanding. In all thy ways acknowledge him, and he shall direct thy paths." (Proverbs 3:5-6)
Posted by Mary Frances at Sunday, March 10, 2013