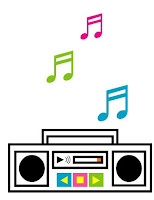 ♫ "God is so good to me, I was singing this song the other day, He is so good to me, God is so good to me, I CAN'T complain!” ♫ Then I got to thinking about it and I thought, actually, I could complain. I mean seriously. There are quite a few things in my life that I would like to complain about right now.
.
Then something happened at work that same day that just really pushed me over the edge. I was very irritated. Just so incredibly annoyed. On the outside I had managed maintain my cool. However, on the inside, I was boiling mad. I was so hot I am surprised no one could see steam seeping out of me. There was nothing I could really do about it, except maintain my cool in silence.
.
For the most part, I try not to post all my problems on my blog or email them to all my friends. I try to keep a positive attitude. But after this, I decided to break that decision. I was going to blog about this irritation, mass email about it, twitter about it, text and facebook about it. I was ready to vent my extreme annoyance to anyone and everyone that would listen.
.
However, as I was sitting there, preparing to vent, God ran a simple little question through my mind...
.

"What is complaining going to do?"
.
I thought about this for a moment, but came up with NOTHING. I knew that was the answer to the question; complaining would do NOTHING. It wouldn’t do me any good. Nor was it going to do any of the people I was complaining to ANY good. When I realized this God asked me one more time...

"I said ok forget it, I think I just changed my mind!!!"
.
You know, its so easy to complain. But really, WHY complain? Why be negative when you can be positive? Why bring another's spirit down, when you can help lift their spirit up? We all have those bad days, life isn't perfect, and sometimes we're just going to feel a little down. BUT why complain?
.
One of the best ways to get out of feeling down is by making someone else smile. There is a saying that says Happiness is like jam, you can't spread even a little, without getting some on yourself. I realized this the other day when I was upset. I went home from work and thought, hmmm.... what should I do? Really, I just felt like being a grouch. I went to the computer to check my email, perhaps I had received and enlightening email from a friend. Grrr ...Nothing but junk mail. Well, I guess I’ll blog. So I started writing something, it was just a silly, stupid blog, but it was funny. It made my friends laugh and you know what, making them laugh made me feel better.
.
Yeah, I still had the same problem, but I would have had the same problem if I had been complaining about it to. And by complaining about it to my friends I would have put that same frustration on them, instead I had caused them to laugh, which in turn made me smile also.
.
So why complain? Sometimes we just expect everyone to be our little venting station. We think that our family, spouse, friends, employees are there for us to complain to about all of life's little problems. Then we can't understand why people don't want to talk to us and make excuses to get off the phone. The truth is simple, no one wants to hear you complain. Yes it's okay to occasionally vent frustration. It's one thing to go to a friend and say that you have something that you really need to talk to them about. That you need their advice, prayer or just some encouragement…
.
It's another thing to just complain.

"My husband just can't pick up after himself. No one at work appreciates me. The neighbor's next-door need to mow their lawn. I deserve a raise. My brother ate the last of my favorite cereal. My sister used the last of the cinnamon vanilla creamer. My wife always burns the toast AND her coffee is weak." Sometimes, I just want to look at people and say, "I DON'T CARE!!!" I am not trying to be rude, I mean, we could all sit around and talk about our frustrations, but, WHY?! WHY complain?
.
I heard a preacher once tell a story about how someone at his house had left the water running while watering the plants. He said that he was very annoyed when he went out and saw the water running down the street. It was wasting water and he was going to have to pay the bill. He said that he knew who had left the water running. He knew where she lived and he knew that if he chose to he could go over to her house and really let her have it for not turning off the water. If chose to, he could really ruin this woman’s day. However, he says, “You know what I did? I turned off the water.”
.
I think sometimes in life we need to learn how to just “Turn off the water” If it really bothers you, that your husband leaves his clothes on the floor, just shut up and pick them up. Buy some more creamer. Eat a different cereal. Make your own coffee. I’m NOT saying that when we don’t like something we never have to say a word about it. But if you really do have a constant problem, you should try talking directly to that person and not the rest of the world.

I got to thinking about it a little bit more, the whole complaining thing. I realized that we would probably get a lot further with resolving our problems, if we spent as much time in prayer, talking to God about our problems, as we do complaining to everyone else about our problems. In the Bible it says that there was a woman named Hannah who was barren in her womb. Her and her husband could not conceive children and because of this she was very sad. The Bible says she literally grieved in her heart, that’s how badly she wanted a child.
.
At first, Hannah tried complaining to her husband about this, but she didn’t get very far. Although the Bible says that her husband loved her, his response was that of a typical male, “Then said Elkanah her husband to her, Hannah, why weepest thou? and why eatest thou not? and why is thy heart grieved? Am not I better to thee than ten sons?” (1 Samuel 1:8) There was nothing Elkanah, her husband could do to solve this problem. However, I like what Hannah does next. “And she was in bitterness of soul, and prayed unto the LORD, and wept sore.” (1 Samuel 1:10) What did she do? She talked to God about it. And talking to God about her problem got her a whole lot further than complaining to her husband about it. “…and the LORD remembered her. Wherefore it came to pass, when the time was come about after Hannah had conceived, that she bare a son, and called his name Samuel, saying, Because I have asked him of the LORD, ” ( 1 Samuel 1:19-20). God heard her and He answered her prayer.
.
The honest truth is that often times we as humans might not really want to hear about the things that are bringing you down. Its not that we don’t love each other, but, we’re only humans. There are some things, that, aside from praying, there is just nothing I can personally do to help a person. However, 1 Peter 5:7 says, “Casting all your care upon him; for he careth for you.” Talk to God about your problems. He REALLY does care.

So the song runs through my mind just one more time. God is so good to me; He is so good to me. His spirit came to me and gave me the victory; God is so good to me I CAN'T complain! Well, actually, I still could, I mean, there are still quite a few things in my life that I would like to be different. I am still single, I still wish I had more money, a car, a raise would be nice, I really want that one jacket, that one camera, and oh, irritating people are still everywhere. BUT, then I think about God's goodness.

I was raised in truth, I am surrounded by family, I have the Holy Ghost, God forgave me of my sins, I go to an awesome church, I have a pastor that watches out for my soul and isn't afraid to preach the truth, at least I HAVE A JOB, the bills are getting paid, I have tons of cute clothes, I have friends galore, I have good fellowship, laughter overflows my heart, I have joy that fills my soul, and the list goes on and on and on. ♫Sing it one more time♫ God is so good to me, He is so good to me, God is so good to me, and I’m NOT going to complain!♫